Charter a private jet in Hayward 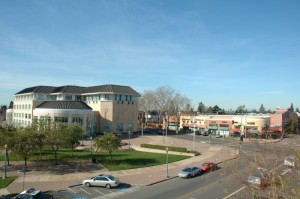 Located approximately 15 miles south of Oakland, 27 miles southeast of San Francisco, and 28 miles north of San Jose, Hayward is a city in north central California, in the East Bay of the San Francisco Bay Area. Named after William Hayward, a New England shoemaker who came to California in 1851 seeking his fortune during the time of the Gold Rush, Hayward was incorporated as a city in 1928.

The city has a thriving, diverse economy with a balanced mix of retail, manufacturing and tourism industries. Often referred to as “The Heart of the Bay”, Hayward has something to offer both leisure and business travelers during their visit. Beautiful downtown Hayward boasts old historic buildings, unique shops, excellent restaurants, and live music. Whether travelling to Hayward for business or to the San Francisco Bay Area for pleasure, visitors are sure to discover California’s rich heritage through various cultural and historical places of interest. Hayward has its own airport, Hayward Executive Airport (HWD). Other nearby airports are Oakland International Airport (OAK), San Francisco International Airport (SFO) and San Jose International Airport (SJC).