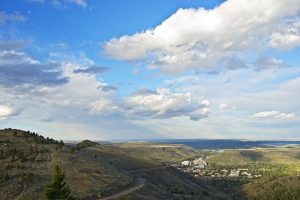 The county seat of Jefferson County, Golden is a vibrant city and the Home Rule Municipality in Colorado. The city has a population of about 18,867 people and is known for being home to the Colorado School of Mines. Located 12 miles east of Denver City, along the Clear Creek at the very base of the Front Range of the mighty Rocky Mountains, Golden boasts breathtaking beauty and provides an easy access to the mountains and Denver City.

Denver International Airport is the closest major airport to Golden, which is situated 36 miles from the city center and serves domestic and international flights.