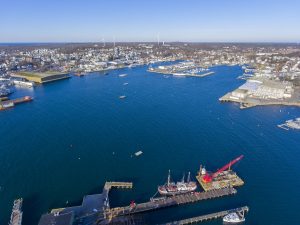 The part of the region of Massachusetts’ North Shore, Gloucester is a growing community in Essex County settled in 1623. The city has an estimated population of about 29,798 residents and is nestled on Cape Ann, providing fascinating views and abundant recreational options. Gloucester is a renowned tourist destination, especially during the summer season. The city enjoys a great economy, particularly based on the fishing industry.

Boston Logan International Airport is the closest major airport to Gloucester, which is situated 42 miles from the city center and serves international and domestic flights.