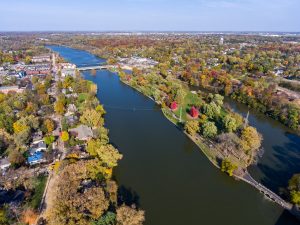 Nestled on the western part of the prominent Chicago suburbs, Geneva is the county seat of and a city in Kane County. The city has an estimated population of about 21,880 residents. It is one of the Tri-Cities and a popular travel destination known for its top-flight restaurants, excellent shops, awesome park system, an outstanding bike trail system, and a number of historical sites.