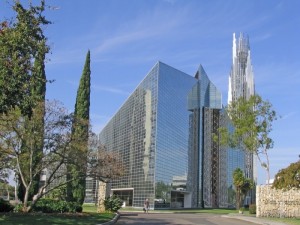 Located in northern Orange County, Garden Grove is a city in southwestern California, southeast of Los Angeles. The population of the city is about 170,883 people, and the total area is 18.0 sq. mi. Garden Grove is a home to Robert H. Schuller’s Crystal Cathedral, from which religious broadcasts are made. The most notable points of interest include The GEM Theater, Crystal Cathedral, Atlantis Play Center, and some others.