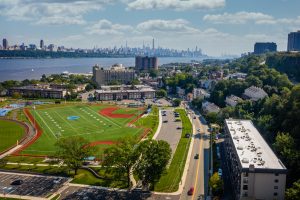 Situated in the eastern part of Bergen County, Fort Lee is a vibrant borough in the Tri-State Area. The borough has an estimated population of about 37,577 people and provides a quick access to dozens of nationally known attractions. Incorporated in 1904, Fort Lee cherishes a rich history and has a number of historical sites.