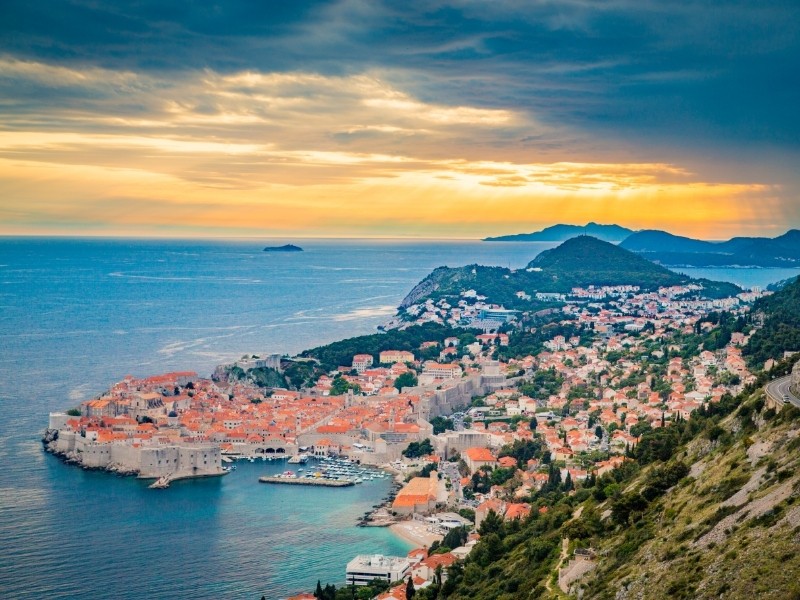 Dubrovnik is a historical city located in southern Croatia on the Adriatic Sea. Known as the Pearl of the Atlantic, the Walls of Dubrovnik were built in the 13th Century to protect it from foreign attacks. The historic walls provide visitors with stunning views of the coastline and surrounding mountain landscape. One of the most visited locations in the city is Old Town, the city’s cultural center. Stradun is one of the most visited streets in Old Town. Strolling along this pedestrian-only street, visitors will find charming boutiques, cafes and restaurants. Outdoor enthusiasts enjoy kayaking through caves dotted along the coast.

Dubrovnik’s most famous cave, The Blue Grotto, is in a small bay. The sea cave is famous for its natural iridescent blue light. The blue light is a result of sunlight reflecting off the sandy ocean floor. Boat tours also make stops at other beaches and caves for snorkeling and swimming. At the end of the day, the tour concludes at sunset on the beach. Romantics will enjoy the unique exhibits at the Love Stories Museum. The halls are filled with Croatian love stories and other famous tales of romance from around the world. Dubrovnik was a filming location for Game of Thrones. The city depicted King’s Landing, a fictional city in the popular television series. Fans can tour set locations in Dubrovnik and the nearby city of Lokram, used to depict the series’ fictional city of Qarth.

Airports within 70 miles For Private Jets to Dubrovnik