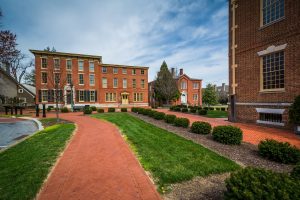 The capital of Delaware, Dover is the county seat of and a dynamic city in Kent County. With a total population of about 37,000 people, it is the second-largest city in the state. Being the primary city of the Dover Metropolitan Area, Dover provides a wealth of business opportunities, awesome attractions, and overall high quality of life. The city offers an impressive historical heritage and unique traditions.

The most prominent points of interest in Dover include the Children’s Theatre, SIlver Lake Park, Pickering Beach, Delaware State Visitor Center, Schwartz Center for the Arts, Firefly Music Festival, Delaware State Police Museum and Education Center, First State Heritage Park, and many others. New Castle Air National Guard Base is the closest major airport to Dover, which is located 46 miles from the city center and provides domestic flights.