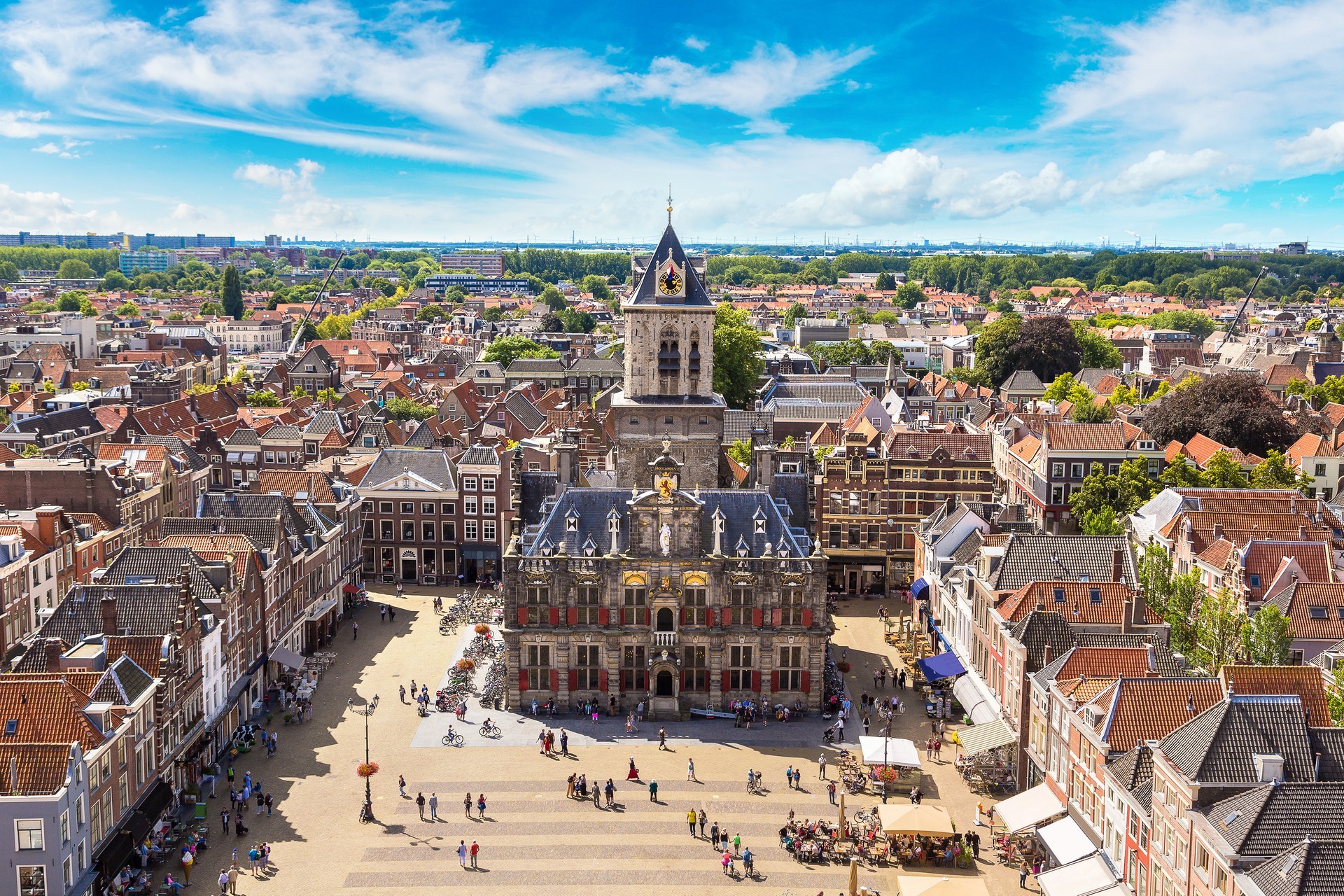 Situated on the picturesque River Schie in the province of South Holland, the city of Delft is located between Rotterdam and The Hague. The city has the charm of Amsterdam with its canals and northern Renaissance architecture. Delft is famous for a unique form of pottery called Delftware.

It was created here in the 17th Century and is easily recognizable with its blue and white design. Dutch Baroque Period painter Johannes Vermeer (1632-1675) lived and worked in Delft. Known for his use of expensive pigments, Vermeer is renowned for the masterful use of light in his paintings. The motion picture Girl with a Pearl Earring depicts Vermeer’s life. The film’s namesake painting is considered a masterpiece. The Vermeer Center has a collection provides insight into the artist’s life, influences and painting techniques. Delft is home to some of The Netherlands’ best cultural attractions, such as Market Square’s New Church. The Gothic tower was completed in 1396 and 1496 and provides sweeping views of the city and countryside. Tours of the Royal Dutch Delftware factory are popular because visitors can watch the painters carry out the centuries-old traditional artform. Take a walk along the Old Canal to learn more about the city’s fascinating history and architecture. The canal is believed to have been built around 1100 AD.

Other attractions not to miss include the Renaissance Delft City Hall. Originally built in the 13th Century, the building was rebuilt in the 17th Century. The Lambert van Meerten Museum’s collection includes applied art, period furniture, paintings, Delftware, Chinese porcelain and Dutch tiles.

Rotterdam Airport (EHRD) is 8.4 km (5.2 miles) from Delft’s city center and Amsterdam Schiphol Airport (EHAM) is 43.6 km (27 miles) from the city. Empty legs and transient aircraft are extremely popular in the region.

Airports within 70 miles For Private Jets to Delft