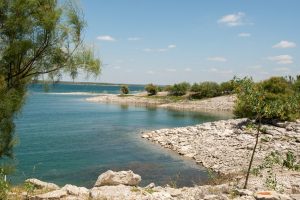 Situated west of San Antonio, Del Rio is the county seat of and a prominent city in Val Verde County. The Texan city has a total population of about 40,549 people and is famous for being home to the world’s busiest US Air Force pilot training complex called Laughlin Air Force Base. Del Rio lies near the southwestern side of the Edwards Plateau and provides a great variety of recreation options. The city featured in a large number of movies and TV shows mostly due to its breathtaking landscape.

Piedras Negras International Airport is the closest major airport to Del Rio, which is located 66 miles from the city center and serves domestic flights.