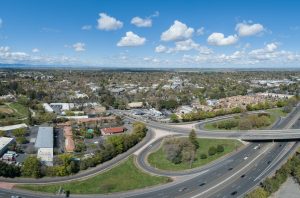 With a population of around 66,000 people, Davis is the most populous city in California’s Yolo County. The city lies in the Sacramento Valley and renowned as a haven for bicyclists. Davis hosts the Whole Earth Festival, Celebrate Davis, Picnic Day and Davis Transmedia Art Walk annually.

Davis is served by Sacramento International Airport, which is located 22 miles from the city center and provides international and domestic flights.