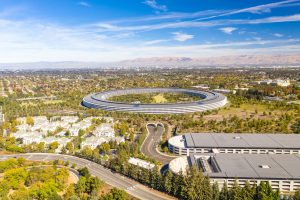 Located at the southern end of the San Francisco Bay, Cupertino is a small city in Santa Clara County, which is home to around 59 people. The city is known for being a homeland for the Apple Inc.’s corporate headquarters. Cupertino was ranked as one of the most educated small towns by Forbes.