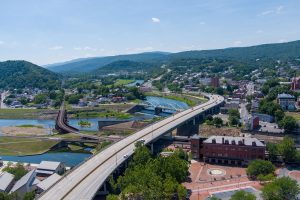 The western gateway city, Cumberland is the principal city of Cumberland Metro and the county seat of Allegany County. The city has an estimated population of about 19,978 people and is the regional commercial and business center for the Potomac Highlands of West Virginia and Western Maryland. Cumberland is a popular tourist destination in Maryland, which has a lot of places to explore and enjoy.

John Murtha Johnstown-Cambria County Airport is the closest major airport to Cumberland, which is situated 63 miles from the city center and provides domestic flights.