Charter a private jet in Crown Point, IN: 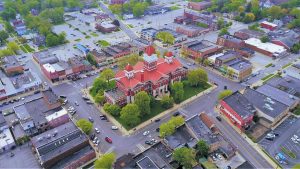 With a growing population of about 29,625 residents, Crown Point is the county seat of and a vibrant city in Lake County. The city most noted for its amazing schools, wonderful neighborhoods, world-class health care, thriving economy, and an abundance of business and entertainment options. Crown Point is a strong community of growth and prosperity. Apart from a cute small town feel, the city boasts the conveniences of the big city dwelling.

Crown Point, IN Airports within 70 miles

Hotels in Crown Point, IN