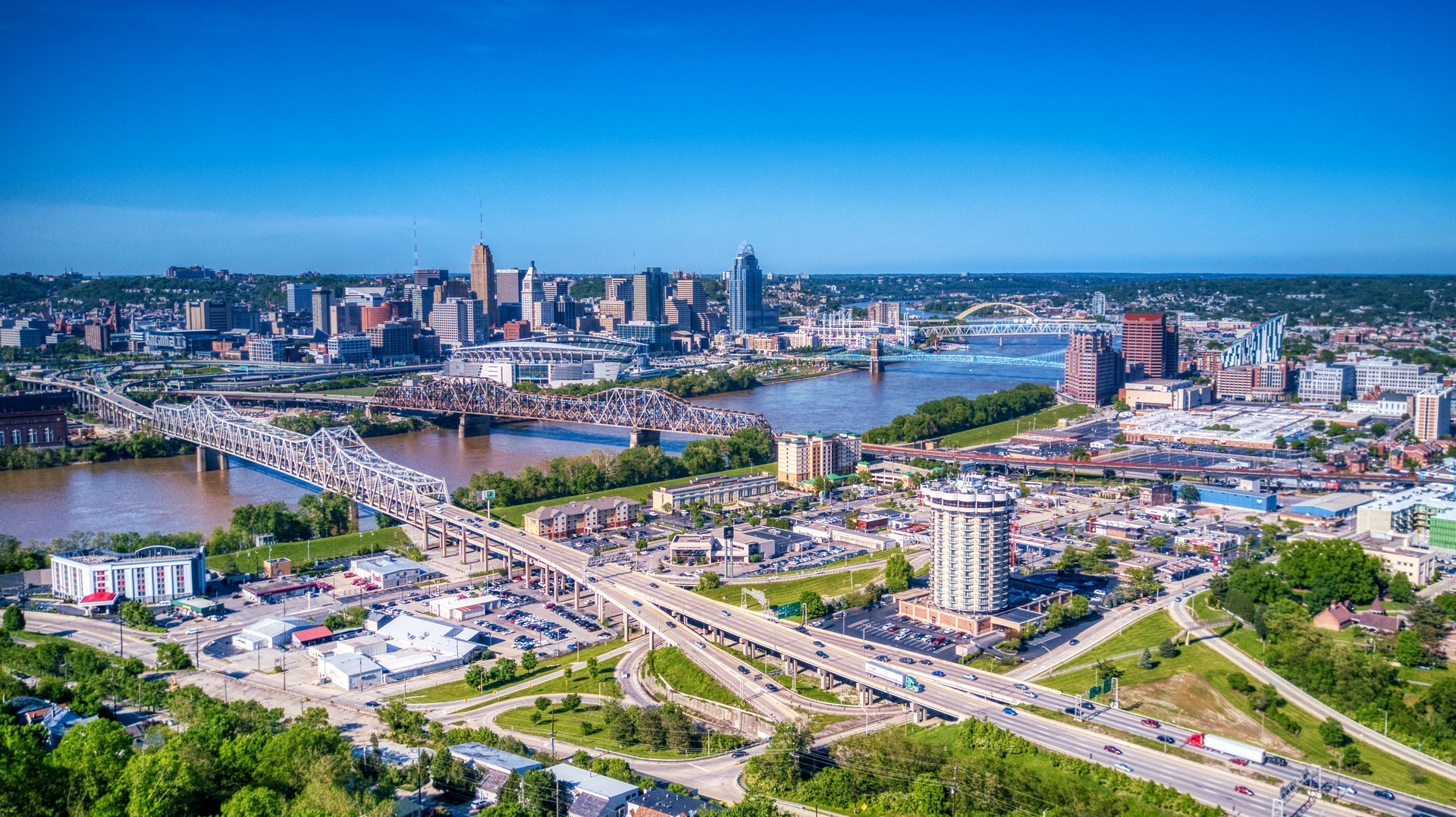 Nestled at the confluence of the Licking and Ohio rivers, Covington is a growing city in Kenton County and the fifth most populous city in the state, with a population of about 41,000 people. Covington is known for its historic churches, fast-growing economy, low crime rate, high quality of life, recreation, diverse amenities, and excellent education opportunities.