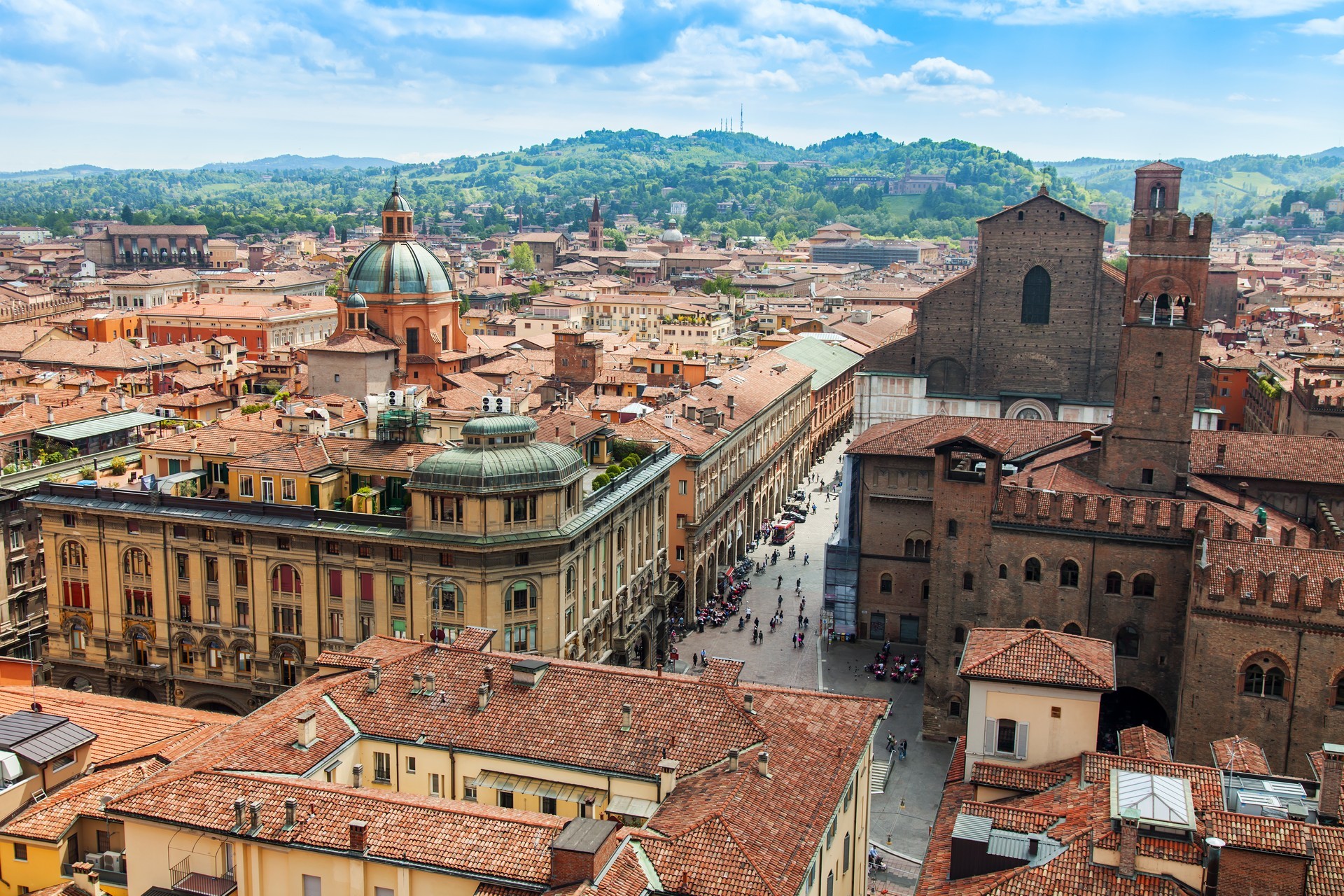 Bologna is situated within fifty miles of five airports including Bologna Airport (BLQ), which is located within the city itself. The other nearby airport is Reggio Emilia Airport (LIDE). The most popular aircraft types are light jets (the Premier IA, Citation CJ3 and Piaggio Avanti), midsize jets (the Hawker 850 XP, Citation VII and Gulfstream G150) and large jets (the Falcon 2000 LX, Challenger 604 and Gulfstream 450).

About Bologna and Places to See

Located in northern Italy at the foot of the Apennines, Bologna is the capital of Emilia-Romagna region. It is situated 94 miles south-west of Venice, 32 miles south of Ferrara, and 234 miles north of Rome. Known for rich history, unique culture and traditions, Bologna is one of Italy’s most attractive travel destinations welcoming tourists from all over the world.

The most popular tourist attractions in Bologna are the Municipal Palace, the Tower of the Garisenda, the Communal Collection of Fine Arts, the Museum of Giorgio Morandi, the Tower of the Asinelli, the National Picture Gallery, the Glossatori Tombs, the Archaeological Museum, the Fountain of Neptune, the Sanctuary of the Madonna of San Luca, the Piazza del Nattuno, the Church of San Giacomo Maggiore, and the Piazza Maggiore. Bologna was declared the “European Capital of Culture” in 2000 and, a UNESCO “City of Music” in 2006. The city of Bologna can be visited as a day trip from Venice or Rome, but you may stay for a few days and explore the nearby cities of Parma, Modena, Ravenna, and Ferrara.