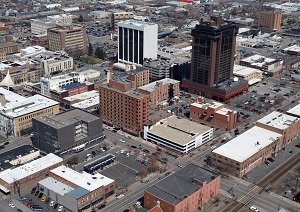 Billings is a commercial city in south central Montana. With a population of 150,069 people, Billings is also the state’s largest city. It was called the Magic City due to its rapid growth since it was founded in 1882 as a railroad town. With numerous hotel accommodations, Billings hosts a great variety of sporting events, conventions, and concerts. The most notable attractions in Billings are Pompey’s Pillar, Chief Plenty Coups State Park, Pictograph Cave, Zoo Montana, Alberta Bair Theater, Yellowstone Art Museum, Rimrock Opera Company, and many others.

The city is served by Billings Logan International Airport (BIL / KBIL), which is located just 3 miles from the center of Billings.