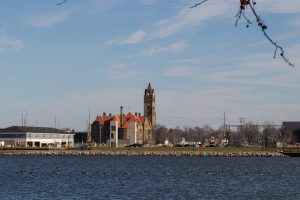 Nestled on Lake Huron, near the base of the Saginaw Bay, Bay City is a beautiful community in Bay County, with an estimated population of about 33,188 residents. The city is proud of its thriving economy, abundant business and career options, and a relatively high quality of life. Bay City is the primary city of the Bay City Metropolitan Area. The city hosts a myriad of fun celebrations and festivals, including the St. Stan’s Polish Festival.