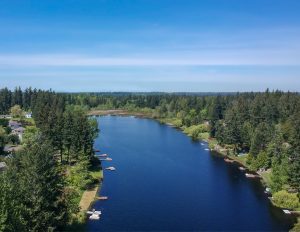 Conveniently nestled in the heart of the Green River Valley, between Tacoma and Seattle, Auburn is a warm, rich community with a friendly population of over 70,000 people. The city is located in King and Pierce counties and is the fourteenth largest city in Washington. Being a vibrant suburb in the Seattle Metropolitan Area, Auburn is chock-full of big city amenities, award-winning schools, career opportunities, and leisure activities.