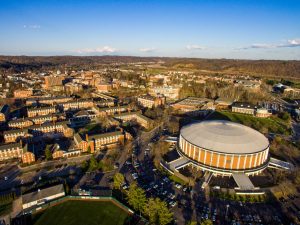 Nestled along the Hocking River, Athens is the county seat of and a beautiful city in Athens County. The city lies in the southeastern area of the state of Ohio and has an estimated population of about 23,755 residents. The city is famous for its incredibly rich history, breathtaking landmarks, diversity of outdoor activities, and tons of attractions. Athens also enjoys a thriving economy and offers a lot of business and career opportunities.

The most popular places of interest in Athens include the Tantrum Theater, Kennedy Museum of Art, Athena Cinema, O’Betty’s Hot Dog Museum, Strouds Run State Park, and the Pleasant Hill Vineyards, among the others.

Mid-Ohio Valley Regional Airport is the nearest major airport to Athens, which is situated 52 miles from the city center and serves domestic flights.