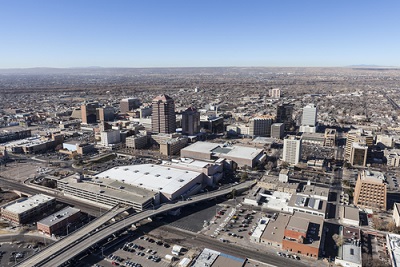 Albuquerque is the oldest and largest city in the state of New Mexico, US. Straddling the Rio Grande, and with the Sandia Mountains to the East, situated in the central part of the state.

Albuquerque has many cultures like Native American, Hispanic, Anglo, Latino. It is science and technology center, which has the University of New Mexico and Sandia National Laboratory. The city has all possibilities for such activities as biking, skiing, and golf. Albuquerque is well known as the hot air ballooning capital of the world, which has during the month of October the Albuquerque International Balloon Fiesta. About 250,000 tourists each year come to see this celebration, and over 2000 registered air balloons making it the most photographed event in the world.