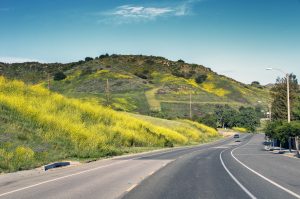 Nestled between the Santa Monica Mountains and the Simi Hills, in the eastern part of Conejo Valley, the city of Agoura Hills is renowned for its spectacular landscape and an abundance of recreation activities. The city lies in Los Angeles County and has a population of approximately 20,745 people. The city’s proximity to the central business district of Los Angeles allows for multiple business opportunities and provides an easy access to the Los Angeles attractions.