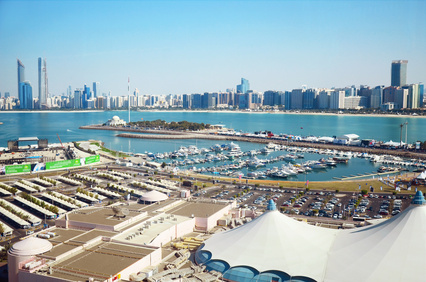 With an area of 26,000 square miles Abu Dhabi is the largest of the seven member states of the United Arab Emirates. It is located on the north-eastern part of the Persian Gulf in the Arabian Peninsula, and bordered by Saudi Arabia in the south, Dubai in the north-east and the Kingdom of Oman in the east. The emirate of Adu Dhabi boasts Abu Dhabi City, which is both the federal capital of the UAE and capital of the emirate. Adu Dhabi has several major regions and towns, namely the Western Region and its capital is Zayed city, the Eastern Region and its capital is Al Ain city, and several islands, namely Mubraz Island, Das Island, Arzana Island and Zirku Island. Emirate’s economy is mainly based on pearling, fishing, camel herding and date plantations, gas, oil, chemicals, aluminum and steel production, and tourism.